MWIA as a health NGO is in consultative status with the United Nations and has for the past 40 years been at the forefront as an active NGO leader, making its presence felt at the United Nations and its various agencies. The NGO representatives have diligently represented MWIA for almost half a century at the various conferences, UN briefings and important events in New York and other countries. 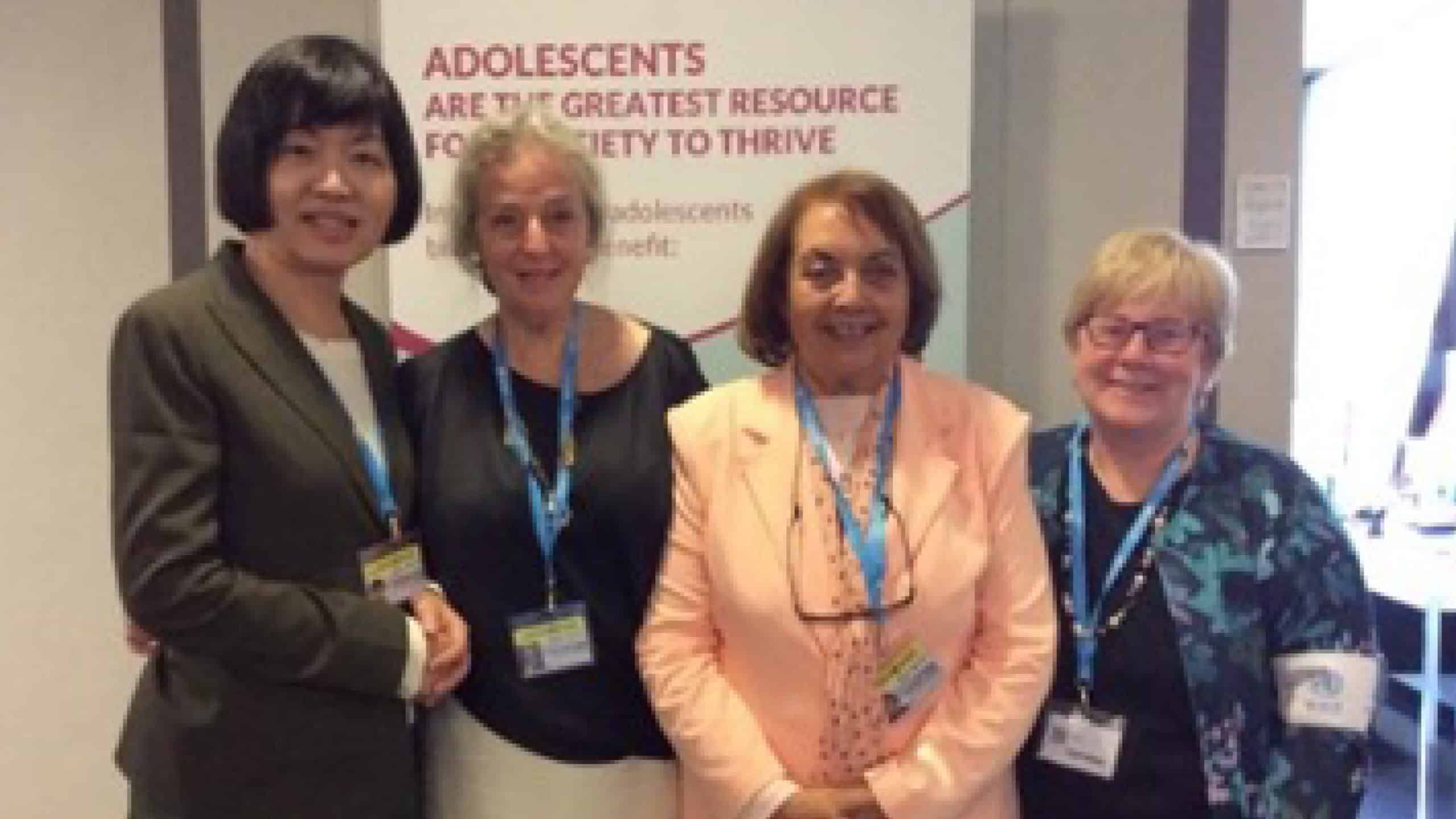 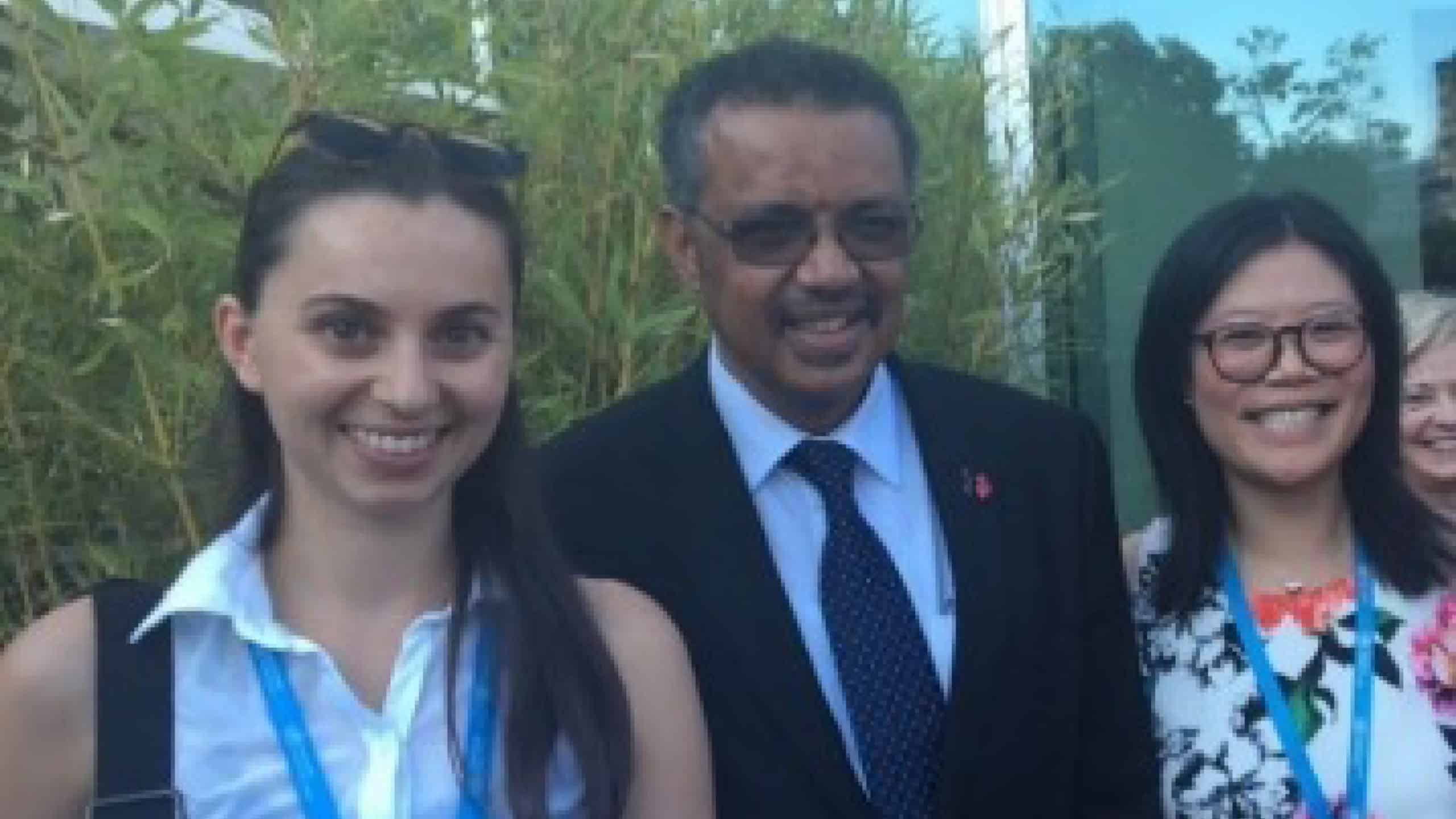 Drs Carmen Hagen (Switzerland) at left and Natalie Yap (Australia) with WHO Director-General Dr Tedros Adhanom Ghebreyesus.
MWIA has been represented at the various UN organized international conferences since 1993. Some examples include Dr Satty Gill Keswani at the historic Fourth World Conference on Women: Action for Equality and the Development and Peace conference convened by the United Nations in 1995 in Beijing China. Following the declaration of the Beijing platform for action to achieve gender equality and the empowerment of women at the 1995 conference, MWIA representatives, Drs Keswani and Murthy have participated in Beijing plus 5, Beijing plus 10, Beijing plus 15 and Beijing plus 20 reviews held in conjunction with major events at the United Nations. By being active participants MWIA’s commitment to promoting women’s issues with a special focus on health has been reiterated.
For the last 20 years MWIA has been successful in holding a parallel event every year based on the theme Commission of Status Women (CSW) which is organized by the United Nations every March spearheaded initially by the Division of Advancement for Women and for the last 5 years by the UN women. Members from various national organizations affiliated with MWIA, such as Australia, Belgium, Canada, Ecuador, France, Germany, Japan, Korea, India, Nigeria, The Netherlands, Thailand, United Kingdom and The United States have been active participants in the commission of the status of women meetings and events . The events organized by the MWIA NGO reps have been attended and received by international attendees at the CSW. The events have featured high level speakers such as Ministers, UN Ambassadors and high ranking UN officials. 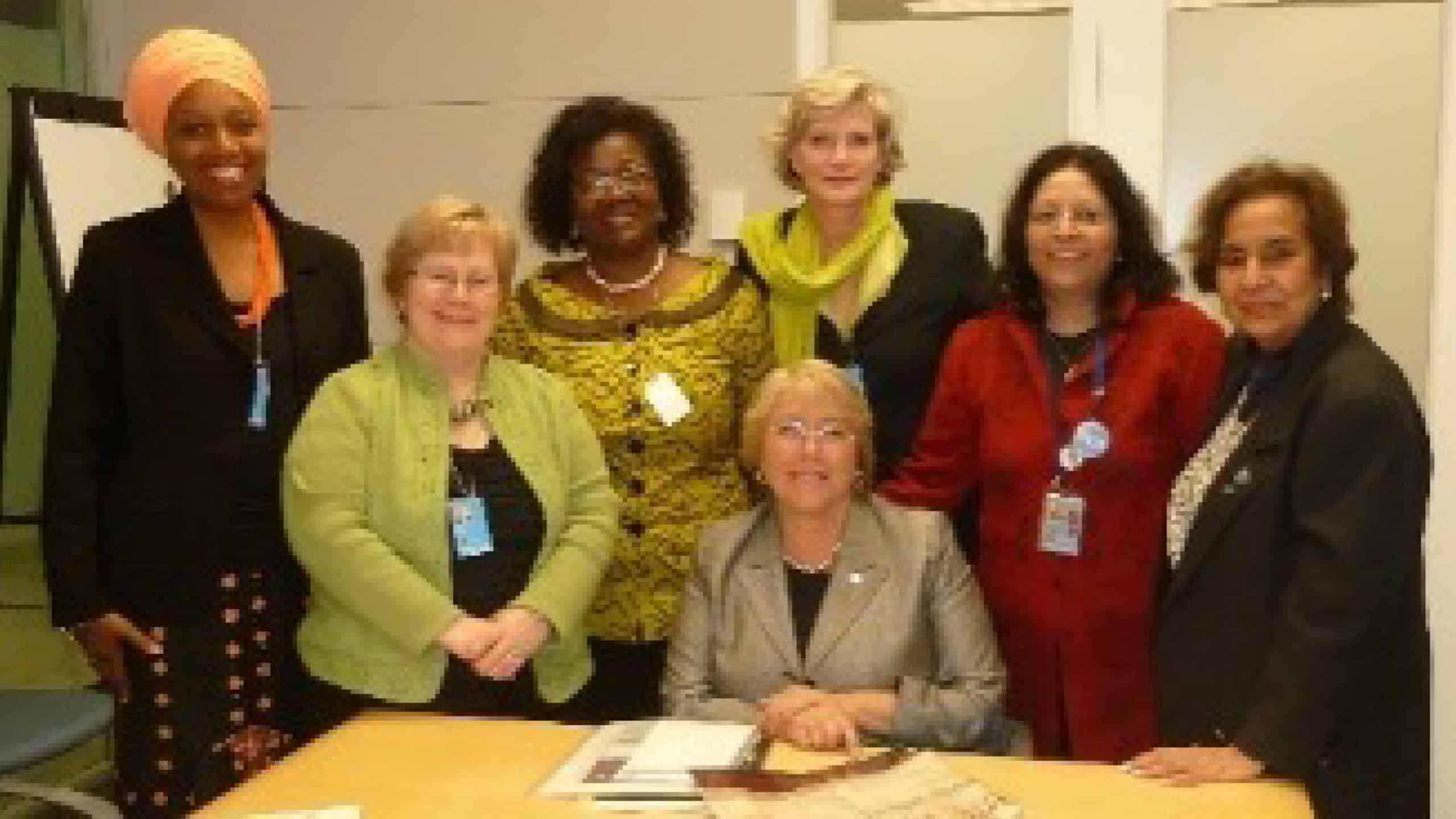 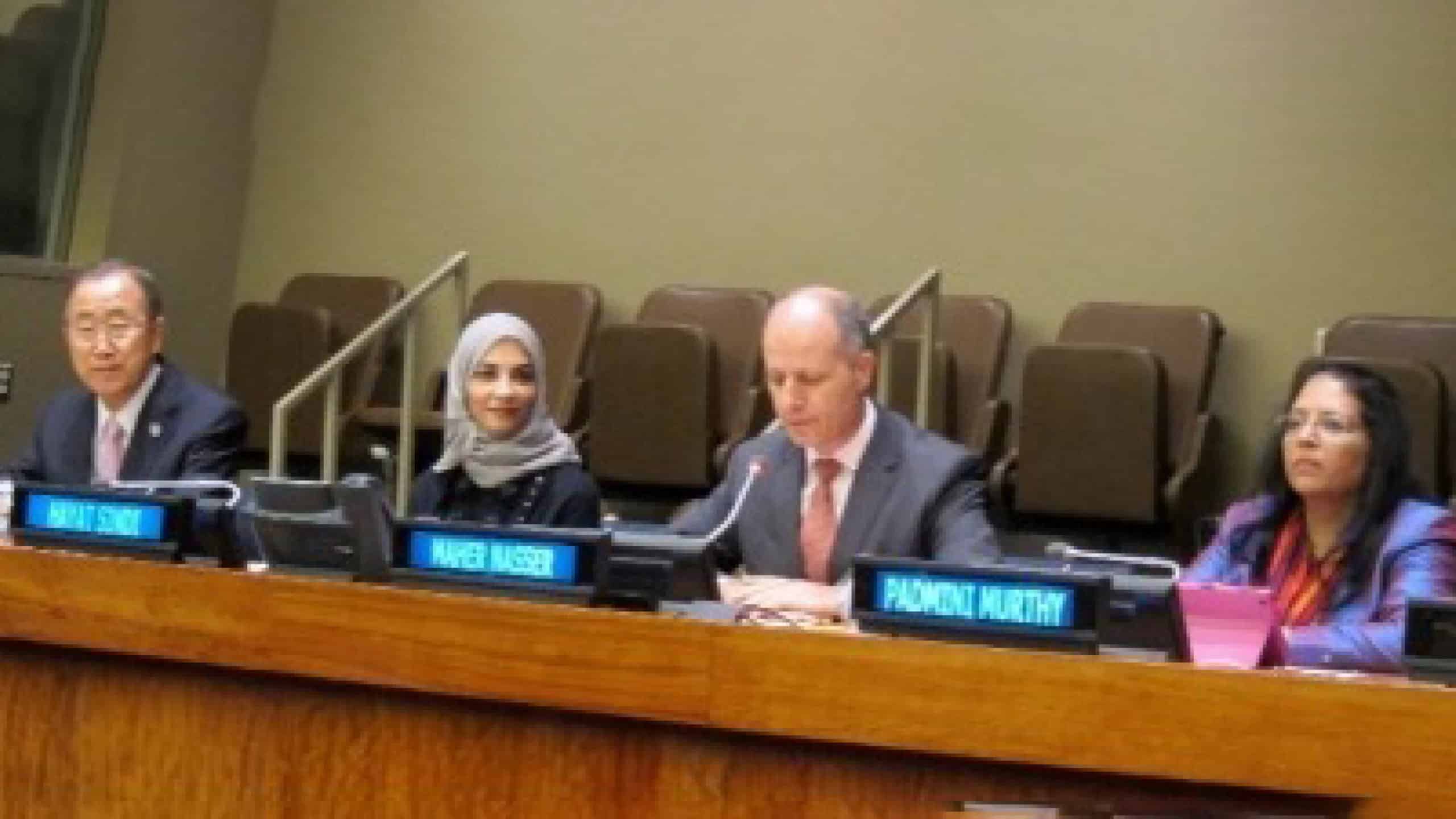 Examples of MWIA work with the UN

The UN MWIA NGO reps work to make MWIA visible as a health NGO in the United Nations by attending weekly briefings, conferences and high-level events and work with other NGOs in affiliation with the United Nations to advance the sustainable developments goals.